It usually takes me more than three weeks to prepare a good impromptu speech.

Stage fright (aka public speaking) is the number one fear—for literally E-V-E-R-Y-O-N-E—even world-famous folk singer Joan Baez. But in this revealing clip, Joan shares with us how pushing through her performance anxiety is what ultimately brought her serenity. 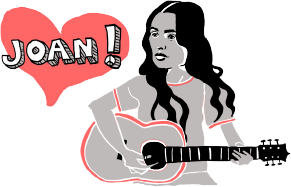 Singer, songwriter, and Grammy Hall-of- Famer, Joan Baez isn’t just a musical force to be reckoned with—she’s a full-speed- ahead activist who fights (peacefully) for social justice. Not only did she march alongside Martin Luther King, Jr., she was instrumental in founding the US branch of Amnesty International and is actively involved in Pathway to Paris.

For the record, “Faking it till you make it” is not about being inauthentic—it’s about shutting down your inner critic long enough to get your badass self out on stage. Figuratively speaking. Or literally. #YouDoYou. 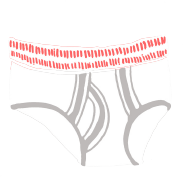 Picture ‘em in their underwear—or so they say. We’ve tried that one and there are just some things you can’t unsee. Instead, check out some less traumatic ways to defeat the public speaking demon before you take to the podium.

SHOW
US Head over to our Instagram and share with us what fuels you.
TELL
US Got something to say? We want to hear it. Really.
JOIN
US